Good eats along I-64 in Virginia and a few beyond! 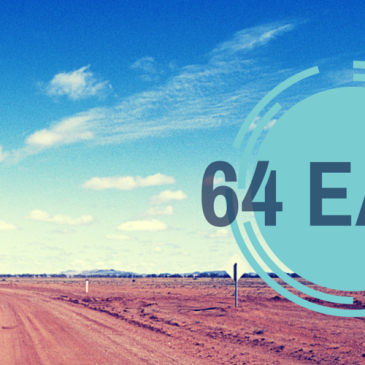 64 Eats has been on a bit of a break but that’s because we’ve been trying out new restaurants and experimenting with new programs to bring you a snapshot of the our favorite places along the I-64 corridor in Virginia. Don’t worry. We won’t keep all those wonderful foodie experiences to ourselves!

If you’ve lived in Virginia for many years, when you think of the town of Smithfield the first thing that may come to mind is Smithfield Ham. Mmmm. For me, Smithfield was one of those locations I’d see listed on a road sign on my way to somewhere else. Since moving to Hampton Roads, I’ve … END_OF_DOCUMENT_TOKEN_TO_BE_REPLACED 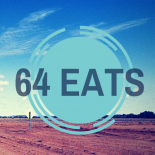 Quick post: We’re right around the corner from the last cookout holiday this year, Labor Day! I usually post a restaurant that I want y’all to try but I’m switching it up today. Here’s a fairly new cooking show I’ve discovered over the past month on YouTube. It’s called Sorted. I love these dudes! They are … END_OF_DOCUMENT_TOKEN_TO_BE_REPLACED

Although I enjoy coffee, I’m not one of those folks who has to have a few cups of joe in my system to start my day. The same goes for tea. I’m far from caffeinated snobbery but I enjoy tea and the variety of aromas it offers. When I visited Chicago a few years ago … END_OF_DOCUMENT_TOKEN_TO_BE_REPLACED

I’ve been out of the Richmond loop a little since I moved to Hampton Roads. I totally forgot about this festival! If you’re not too far from Richmond, love food festivals, live music and appreciate watermelon, then this festival is for you!

Last weekend I came across an interesting blog post on Richmond.com. The author of the post and a few of his buddies challenged themselves to eat out in cap city for $25. You may think “Hey, that’s not much of a challenge. I do that all the time!” Here’s the kicker: $25 for an entire … END_OF_DOCUMENT_TOKEN_TO_BE_REPLACED

Originally posted on Ol' Miner's Meanderins':
There are four main regional varieties of traditional, slow-cooked barbecue and those what love ‘em is usually them what growed up with ‘em, and sometimes they’ll even fight to defend ‘em.  BUT, there aren’t really any hard and fast rules about the differences between ‘em, nor even what…

There’s a habit I developed as a kid that I’m trying to kick. Sometimes my mother would ask me what I had a taste for when it was time for a meal. My mother accommodated my preferences within reason, making sure I had at least two veggies (one green), a starch and protein. Somethings don’t … END_OF_DOCUMENT_TOKEN_TO_BE_REPLACED

After checking out a few of my posts I’m sure you’ve noticed that I enjoy trying restaurants that specialize in a variety of cuisines. Living in the same city for most of your life, you learn which places are the best for whatever you have a current hankering. Moving to a new city involves lots … END_OF_DOCUMENT_TOKEN_TO_BE_REPLACED

May 2012 – Memorial Day On my way to Richmond from Tidewater I have several routes I can take: some fast, some a bit slower paced. From trips to Williamsburg over the years, I knew that I-64 was the direct route home while Route 5 was the “back road” taken many years by travelers before … END_OF_DOCUMENT_TOKEN_TO_BE_REPLACED